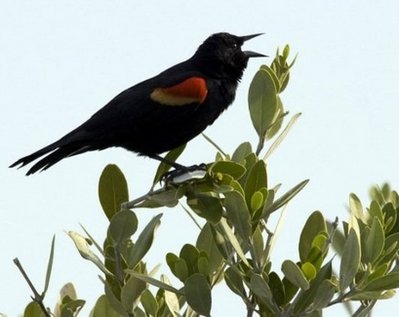 Thousands of dead blackbirds rained down on a town in central Arkansas last New Year’s Eve after revelers set off fireworks that spooked them from their roost, and officials were reporting a similar occurrence Saturday as 2012 approached.

Police in Beebe said dozens of blackbirds had fallen dead, prompting officers to ban residents from shooting fireworks Saturday night. It wasn’t immediately clear if fireworks were again to blame, but authorities weren’t taking a chance.

Officer John Weeks said the first reports of “birds on the streets” came around 7 p.m. as residents celebrated the year’s end with fireworks in their neighborhoods.

“We started shutting down fireworks,” he said. “We’re working on cleaning up the birds now.”

He said police were working with animal control workers and others to remove the birds and determine a death count.

“We’re not sure if they’re going to continue to fall throughout the night. I can’t tell you,” Weeks said.

Scientists say the loud cracks and booms from celebratory fireworks likely sent the birds into such a tizzy that they crashed into homes, cars and each other before plummeting to their deaths last New Year’s Eve. The birds landed on roofs, sidewalks, streets and fields. One struck a woman walking her dog. Another hit a police cruiser.

The blackbird die-off, coupled with tens of thousands of dead drum fish that washed up on the shores of the Arkansas River, flung the state into the national headlines and drew conspiracy theorists and filmmakers to the town about 30 miles northeast of Little Rock that shares Arkansas Gov. Mike Beebe’s last name.

Some people speculated that the birds had been poisoned; others said their deaths marked the beginning of the apocalypse.

“It’s just got to be a pain in my career,” Beebe Police Chief Wayne Ballew said.